According to a new study[1], cannabinoids can attenuate (reduce the effects of) hyperactivity and body weight loss in activity-based anorexia.

The study, published by the British Journal of Pharmacology, was epublished ahead of print by the U.S. National Institute of Health.

“Anorexia nervosa (AN) is a serious psychiatric condition characterized by excessive body weight loss and disturbed perceptions of body shape and size, often associated with excessive physical activity”, states the study’s abstract. “There is currently no effective drug-related therapy of this disease and this leads to high relapse rate. Clinical data suggest that a promising therapy to treat and reduce reoccurrence of AN may be based on the use of drugs that target the endocannabinoid (EC) system [such as cannabinoids], which appears dysregulated in AN patients.”

With this in mind, the study “investigated whether cannabinoid agonists can effectively modify anorexic-like behaviors and neuroendocrine changes in rats subjected to a repeated ABA regime in order to mimic the human condition in which patients repeatedly undergo recovery and illness cycle.”

According to researchers; “Our data show that subchronic treatment with both the CB1/CB2 receptor natural agonist Δ9-tetrahydrocannabinol and the synthetic CB1/CB2 receptor agonist CP-55,940 significantly reduced body weight loss and running wheel activity in ABA rats. These behavioral effects were accompanied by an increase in leptin signaling and a decrease in plasma levels of corticosterone.”

The study concludes by stating that; “Taken together, our results further demonstrate EC system involvement in AN pathophysiology and that strategies which modulate EC signaling are useful to treat this disorder, specifically in patients where physical hyperactivity plays a central role in its progression and maintenance.”

The full study, conducted by researchers at the University of Cagliari in Italy, can be found by clicking here[2].

Anthony, co-founder and Editor-in-Chief of TheJointBlog, has worked closely with numerous elected officials who support cannabis law reform, including as the former Campaign Manager for Washington State Representative Dave Upthegrove. He has also been published by multiple media outlets, including the Seattle Times. He can be reached at This email address is being protected from spambots. You need JavaScript enabled to view it.. 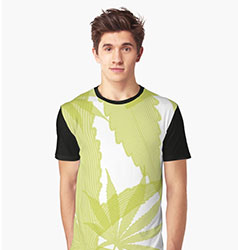