We recognized the need for an article focused on providing the cannabidiol[7] buyer with an objective, unbiased look at buying cannabidiol in today’s market.  If you find yourself asking the question which is better, CBD oil[8] from hemp or CBD oil[9] from medical marijuana, this is a must read for you.

Recently I asked myself this very question and the more I read the more contradictory statements I found and the more confused I became. With an extensive background in medical marijuana and high THC strains I felt I had a good grasp on which one was “better” before I started researching for this article and could make a good argument for why medical marijuana derived CBD is better than hemp derived CBD.  More recently I have been introduced to CBD derived from hemp and after some preliminary research I was not so sure. Fortunately, I have connections from within the industry and so my mission began. I set out to talk to the largest names on both sides of the spectrum and get their opinions on this matter.

In this article we will explore the pros and cons of both sides of this debate and settle it, which is better?  And which one should you choose?  Industrial Hemp derived CBD or Medical Marijuana derived CBD?

The Difference between Hemp and Medical Marijuana

“Marijuana and industrial hemp are different varieties of the same plant species, Cannabis sativa L. Marijuana typically contains 3 to 15 percent THC on a dry-weight basis, while industrial hemp contains less than 1 percent (Blade, 1998; Vantreese, 1998). Most developed countries that permit hemp cultivation require use of varieties with less than 0.3 percent THC. However, the two varieties are indistinguishable by appearance. DeMeijer et al. (1992), in a study of 97 Cannabis strains, concluded that short of chemical analysis of the THC content, there was no way to distinguish between marijuana and hemp varieties.”  http://www.ers.usda.gov/media/328202/ages001eb_1_.pdf[10]

I recently asked for some clarification on the term “medical marijuana” from the International association for cannabinoid medicines and was answered by Franjo Grotenhermen who responded via email.  Here is what he had to say on the topic.

Transcribed from an email written by Franjo Grotenhermen of the International Association for Cannabinoid Medicines ( cannabis-med.org [11]).

“Medical Marijuana aka ‘Cannabis’ (the scientific plant name) refers to the use of the cannabis plant, either in whole plant form, or derivatives of the plant, to treat any number of conditions including broad spectrum pain, epilepsy, cancer, wasting, spasticity, glaucoma and many more.”

Transcribed from an email response from Marys Medicinals[12] by Graham Sorkin.

This made a lot of sense to me and while I don’t see anyone changing their use of “medical marijuana” anytime soon “cannabis used for medicinal purposes” is really what were all after anyhow right?

So the answer to my original question was even more foggy at this point If “hemp” and “medical marijuana” are both varieties of cannabis what makes hemp derived CBD different than medical marijuana derived CBD?  Again I turned to experts in the field to the elusive answer to this question.

And again I asked this to Franjo Grotenhermen of the International association for cannabinoid medicines[13] and this is what he had to say.

“CBD is CBD. The human body does not care where the molecule comesfrom.”

Transcribed from an email written by Franjo Grotenhermen of the International Association for Cannabinoid Medicines (cannabis-med.org[14]).

I guess this makes a lot of sense once put like this.  So, CBD is CBD is CBD.  It does not matter where the CBD comes from!  Well, not so fast… CBD/Cannabidiol isn’t always the whole story.

The Rest of the Story

First you need to realize that there are more than 70 different cannabinoids[15] that have been identified so far and over 500 constituents of cannabis including various terpenoids and flavonoids. In fact, the US government holds multiple patents on various cannabinoids. They also hold patents defining these cannabinoids many medical benefits.  One of these cannabinoids which has shown a huge amount of potential is CBD or Cannabidiol[16] and while its potential could not possibly be understated there is another cannabinoid making headlines as well. Tetrahydrocannabidiol[17] otherwise known as THC.

There is no denying that “Medical Marijuana” regularly has higher levels of THC in its CBD plants and concentrates and this may be of benefit to some people.  In fact, THC has shown to have many benefits similar to CBD and it is commonly thought CBD and THC can have a synergistic effect when used in conjunction with one another.

The question then becomes: how much THC is needed?  Medical marijuana, of course, can have very high amounts of THC, but hemp also has THC,..just in much smaller amounts.  Joanie Bell from Hemp Health Inc[18]. had this to say on the topic of CBD and THC.

So which is better? Hemp derived CBD or Medical marijuana derived CBD?  I believe, given the information I have found, that the reasonable and definitive question we should ask is: What are the pros and cons of both options and, most of all, what will be best for me and fit my lifestyle. In addition, legality within the state and country you live must be taken into consideration.

To make this easier we have included a quick reference guide showcasing the major points of both choices.  One thing you may notice, some things are not so easily categorized, for example “containing low amounts of THC”. This could be seen as a good or bad thing depending on your situation and what you’re looking for.

-Can provide real relief from the use of cannabidiols

-Can be found in many varieties and strains with varying flavors, percentages and more.

-Can be hard to obtain or illegal depending on your location

-Carries the possibility of causing undesirable effects because of the higher THC and associated “high”.

-Can provide real relief from the use of cannabidiols

-Hemp derived cannabidiol extracts are legal in all 50 states

-Is easily obtained through websites online

At this point in time we have multiple states selling medical marijuana and other states looking to jump on board where there are other states that seemingly will never be open to the idea of legal cannabis. The decision on cannabidiol isn’t getting any easier, and company propaganda isn’t helping any. I think it’s obvious after talking to people from both sides of the spectrum that this choice is not cut and dry, and instead is something that you, the cannabidiol buyer, has to educate yourself on so you can make a fully informed decision.  While there are still choices for you to make, I now hope you have the information and facts to make an educated choice.

We wish to extend a warm thank you to all of our contributors.

Are cannabis hand-trimmers an endangered species?

The 10 most popular cannabis strains in Washington

Why grow an autoflowering variety in your cannabis garden? 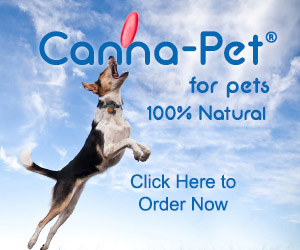 Copyright © 2020 Medical Marijuana Australia. This site should be powered by hemp.